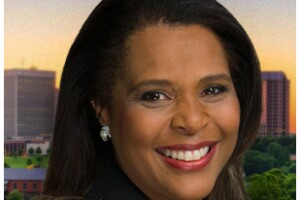 Angie Miles began anchoring our Saturday 6pm and 11pm broadcasts in November of 2015. But Angie is a long-time member of the CBS6 family. She first appeared on our airwaves in August 1993 as anchor of the morning show. Angie was also our For Kids’ Sake reporter, delivering documentaries and nightly stories for our award-winning, child advocacy franchise.

In 1994, Angie became co-anchor of our 6pm and 11pm broadcasts. For five years she anchored the evening news, Monday through Friday, while spending ample time in the community—visiting schools, delivering speeches, participating in panel discussions, and helping central Virginians mark their important occasions.

In 1999, Angie chose to step away from full-time anchoring to pursue other passions, which included her commitment to her growing family and her dedication to a more literate Virginia. She obtained a master’s degree in reading, along with endorsements in adolescent literacy and gifted education. Through her HAPPY Reading, she continues to provide literacy consulting services for schools and families and to host annual reading camps for children of all cultural and socio-economic backgrounds. This is a natural extension of the work she began here in the 90s with our For Kids’ Sake franchise.

Angie is a proud native of Powhatan and is the eighth of ten siblings. She attended the University of Virginia for both undergraduate and graduate work, which makes her a “Double-Hoo”. She has served on a number of boards and in public service organizations, including at the request of three different Virginia governors. She views her role in broadcasting as one of learning, teaching and most of all, service. She has free-lanced for numerous news outlets—as reporter, producer and anchor for commercial, public and national networks. And she is author of the 2016 children’s book Short Pump Bump: A Lyrical, Spherical, Rhyming Romp Through Richmond.

Angie has been married for nearly three decades to education attorney and avid marathoner Bradford King. Together, they have four sons—Miles, Gabriel, Ethan and Anson—all of whom made their television debuts as infants here on CBS6. As for her “new” role as Saturday evening anchor, Angie is looking forward to doing as much good as possible for the greater Richmond community.