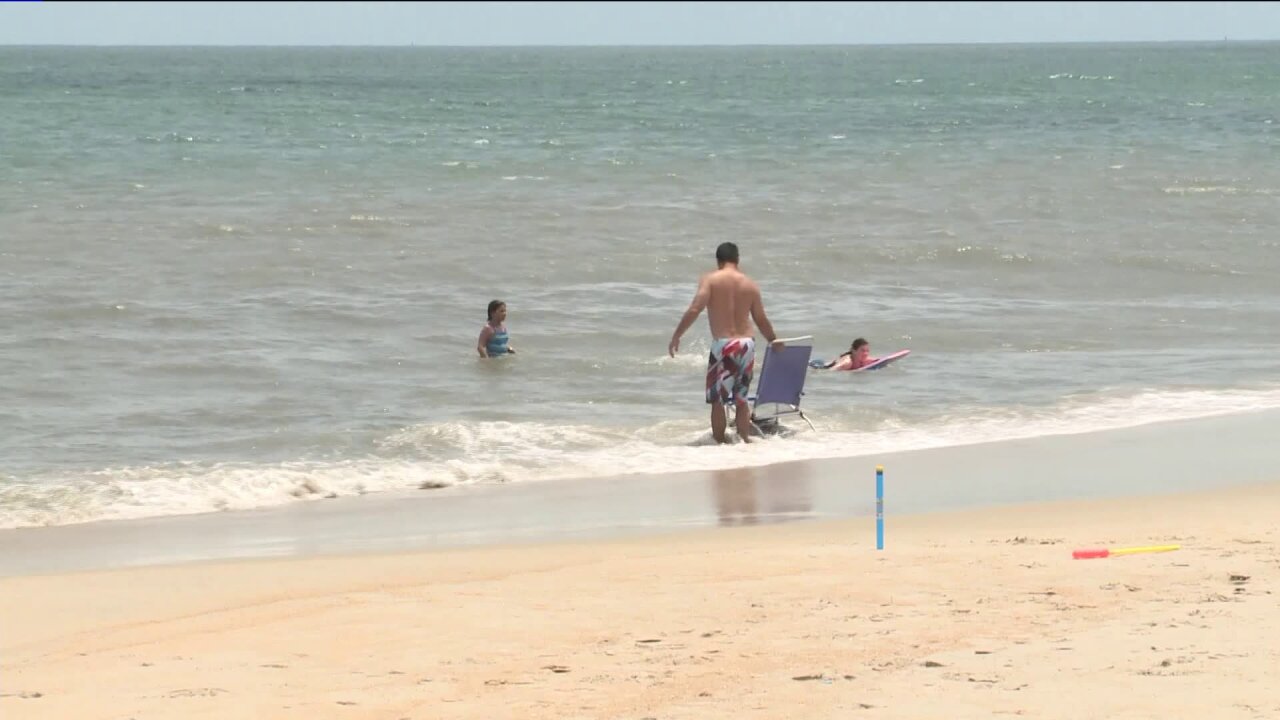 A man, from Benson, North Carolina, was seen on a sandbar approximately 50 yards from the beach.

A male bystander went into the water to assist after he heard the family call for help, officials said.

Before the bystander reached the man, the victim was swept away in what officials said may have been a rip current.

The victim did not have a flotation device, according to the NPS.

After bringing the victim to shore, a female bystander began CPR on the victim.

When emergency crews arrived on scene, they continued the life-saving effort, were unsuccessful.

Later that afternoon, at 4:47 p.m., officials received a call about the family of a missing Massachusetts man who asked beach goers to help locate him.

Bystanders discovered the 55-year-old man floating three feet from shore, near Ramp 70 on Ocracoke Island. He also did not have a flotation device.

“Today has been a very hard day at Cape Hatteras National Seashore,” said National Parks of Eastern North Carolina Superintendent David Hallac. “Our staff offer our sincere condolences for the loss of two visitors. We urge everyone to be very careful when swimming in the Atlantic Ocean.”

The deaths were the second and third swimming-related fatalities off Cape Hatteras National Seashore this year.

The first incident occurred on Sunday, when a 79-year-old man from Pennsylvania was found 30 yards from the beach without a flotation device.

In light of the tragic events, officials advise visitors to be informed on swimming safety and rip currents which can be found here.