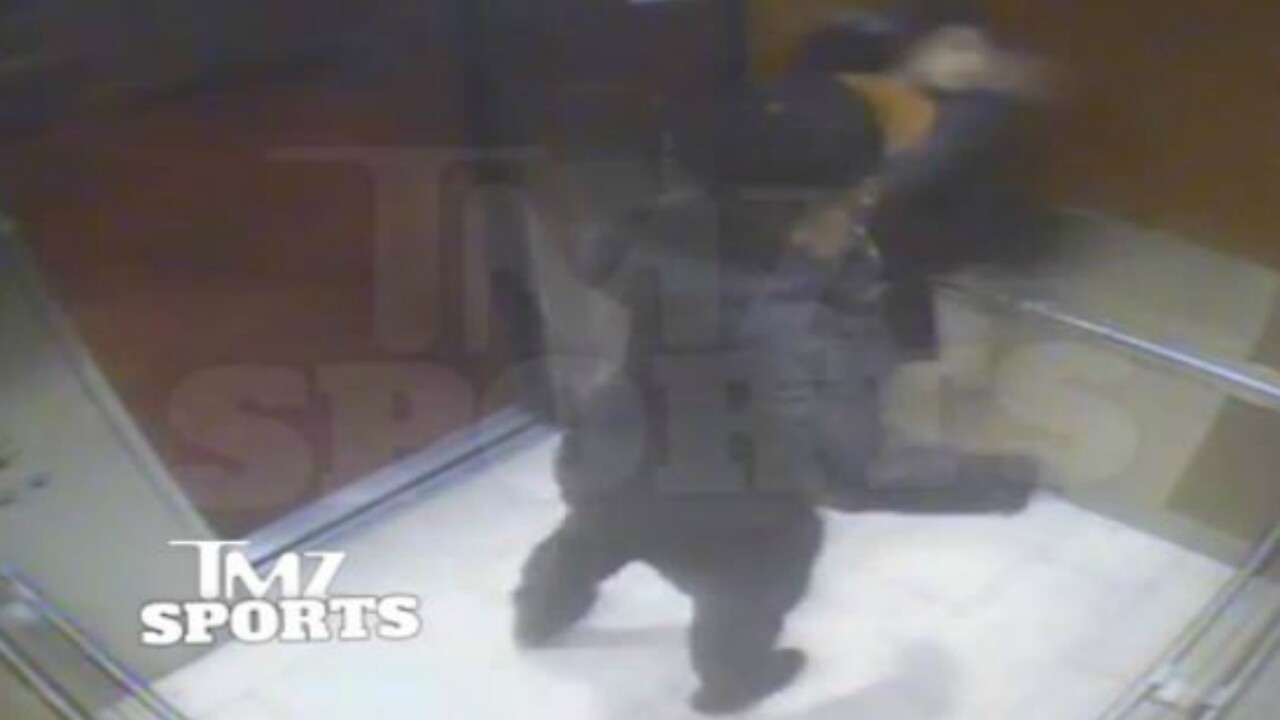 LOS ANGELES — TMZ released disturbing that showed Baltimore Ravens running back Ray Rice hitting his then-fiancee in an Atlantic City elevator earlier this year. Previously, only video of Rice carrying his fiance’s limp body out of an elevator had been released.

WARNING: VIDEO CONTAINS IMAGES GRAPHIC IN NATURE. NOT SUITABLE FOR ALL AUDIENCES.

“We requested from law enforcement any and all information about the incident, including the video from inside the elevator,” league spokesman Greg Aiello said in a statement. “That video was not made available to us and no one in our office has seen it until today.”

Ray and Janay Rice entered a pretrial intervention program in May, the NFL said. Under the program, Rice would not be prosecuted, and the charges will be expunged after a year, the league said. The couple was married one month after the incident.

“I let so many people down because of 30 seconds in my life that you know I know I can’t take back,” Rice said in July. “My job is to lead my family, my job is lead my wife, my job is to lead in whatever I do. And If I’m not being the example, then my family crumbles.”

He said violence — “especially man on woman” – is wrong and shouldn’t be “tolerated.” He said he and his wife will speak out about domestic violence.

“When the time is right we will go out there and help as many people as we can,” he said.