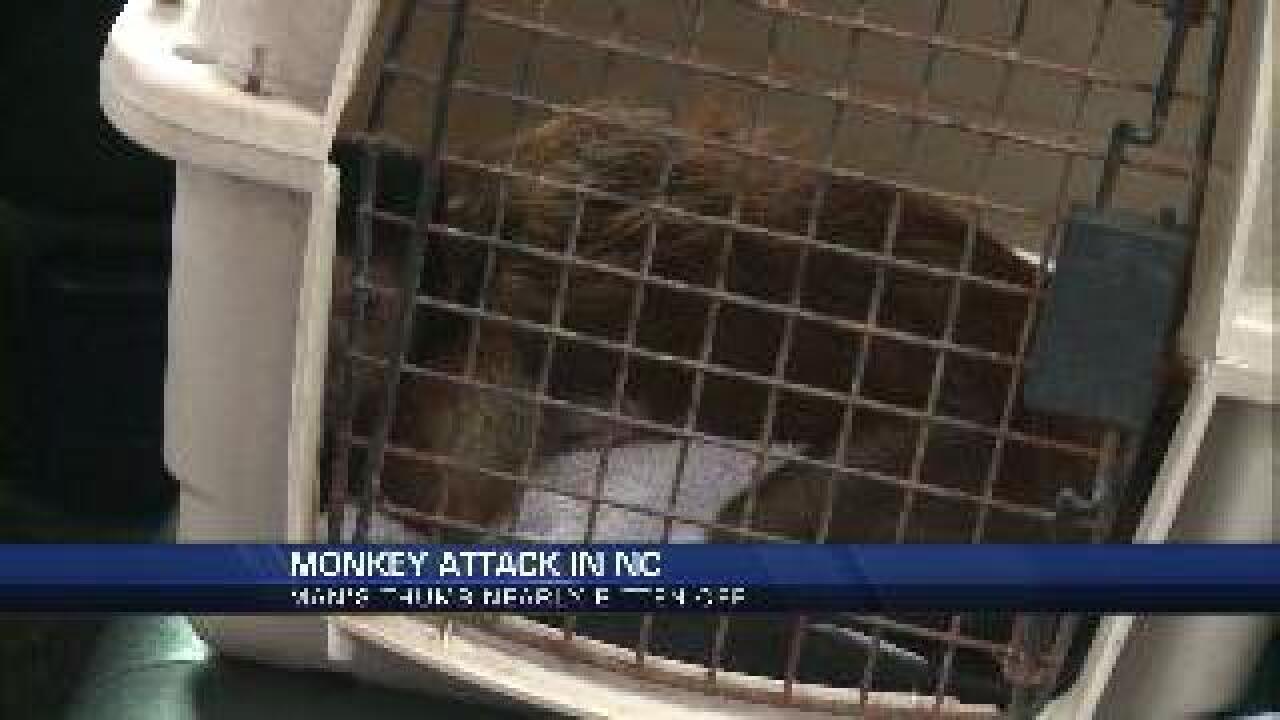 CURRITUCK COUNTY, NC (WTVR) – North Carolina police are not going to charge the owner of a monkey that nearly bit his neighbor’s thumb off this week.

This attack happened Thursday afternoon in the Wedgewood section of Currituck County when Richard Shifflett’s four monkeys escaped from their cages inside a shed.

Ricky Strong said the ordeal started when he gave one of the monkeys an egg salad sandwich and began guiding it back to the shed.

Strong said he about to the leave the shed when a cat showed up.  When the monkey spotted the cat, the animal picked up a toolbox and tossed it at the feline.

Strong said that commotion prompted a dog to come out onto a deck and start barking. That’s when all four monkeys jumped on Strong.

“I had to hit ‘em and fight them off me and I went to run and get away and I actually face planted into that tree,” Strong told WTKR. “And then I ran out of here bleeding running all the way down here and two of them come chase me running me all the way to my house.”

Two of Shifflett’s monkeys were easily taken in by animal control. However, two others were tranquilized. One died after being shot in the heart by the tranquilizer.