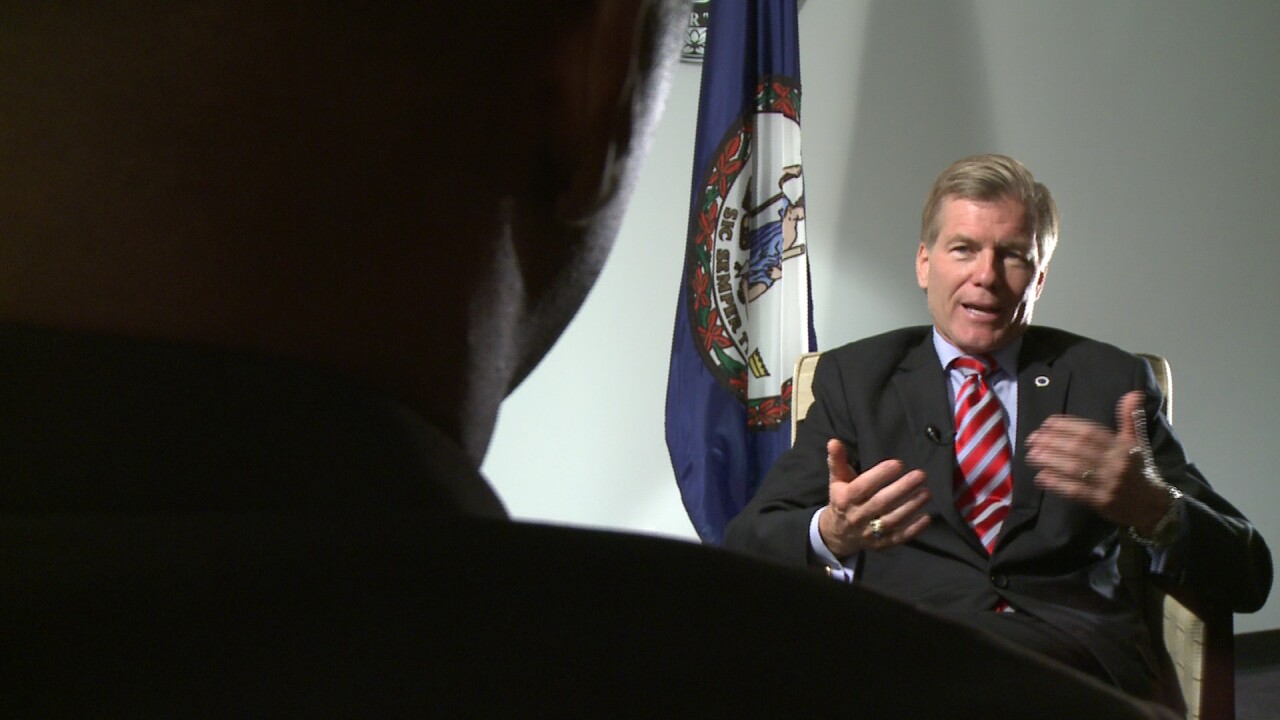 RICHMOND, Va. (WTVR) - Virginia Governor Bob McDonnell wrote a $2,400 check to the Commonwealth of Virginia to cover the costs of food and supplies his children took from the from the kitchen of the Virginia Executive Mansion while home from college.

The repayment, confirmed by the governor’s spokesperson, is just the latest step in what's been a very public look into how the governor and his family spend state money and their relationships with big-dollar political donors.

"I have been both disappointed, but, it's hurt me personally," Governor McDonnell said in an exclusive interview with CBS 6 anchor Lorenzo Hall. "Thirty-seven years and no one has raised questions about my integrity or my character."

"What would you say to the people at home who are hearing about these mounting allegations over and over? How can they keep their faith in you at this point?" Hall asked.

To suggest that we're doing anything different at the Governor’s Mansion than Mark Warner, Tim Kaine or Jim Gilmore or George Allen did, from my knowledge, it's the same policies that have always been used. Unfortunately, there are some people that are facing felony charges right now that are making allegations that I think are absolutely incorrect,” said McDonnell.

These accusations surfaced after the governor’s former chef, Todd Schneider was arrested for allegedly stealing from the mansion’s kitchen. A probe by the FBI later revealed, McDonnell failed to report a number of gifts his family received from wealthy campaign donors, particularly Star Scientific CEO, Jonnie Williams.

“Star Scientific, that company has received no state benefits, no economic development grants, no targeted money out of the budget, no board appointments, they've really received, nothing,” said McDonnell.

Even more allegations of impropriety against the governor surfaced on Tuesday night, just before this interview aired. The Washington Post reported that the corporation run by McDonnell and First Lady Maureen received an additional $70,000 from Williams.

In response to that claim, McDonnell’s spokesperson, Tucker Martin reiterated what the governor had previously said.

As the accusations continue to brew, so do rumors about McDonnell’s pending resignation.

Claims made by a conservative blogger went viral Monday, claiming that McDonnell was in the midst of a plea agreement and would be stepping down as governor.

“Despite headlines now, you still plan to remain Governor until the end of your term?” asked Hall.

“I don't know where these things are coming from. Some of the press accounts have been completely out of control, about rumors, about resignation and so forth," McDonnell said.

Rumors and reports aside, the governor said he's focused at the  moment on preparing his last state budget, implementing his landmark transportation and education reforms and personally, trying to figure out what he'll do when he does leave office in January.

McDonnell told CBS 6 that those plans do not include a run for political office.

“I’ve got a master’s degree in business. So, I thought about going back into business. It’s something I haven’t done in a very, very long time. It might be something of interest,” said McDonnell.