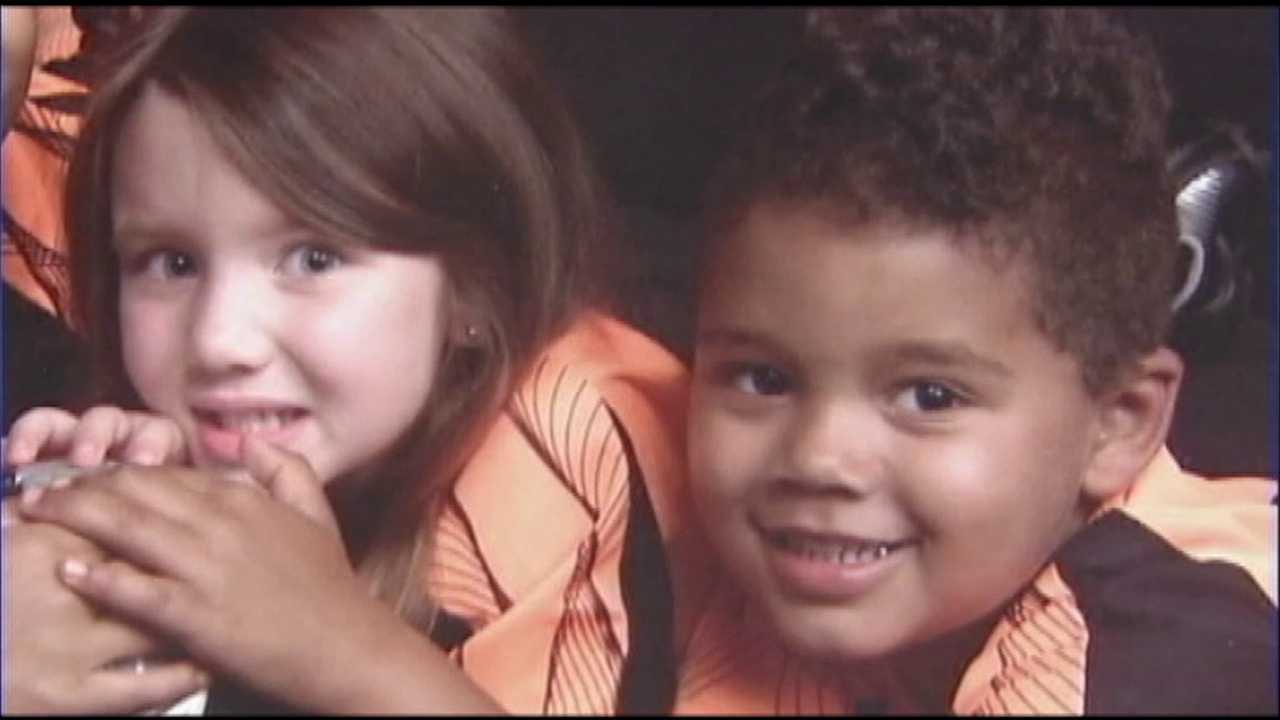 (CNN) -- Despite hours of feverish digging, their bare hands clawing at the dirt, rescue workers could not save two children who were buried by a wall of dirt that collapsed on top of them at a North Carolina home construction site.

The bodies of Chloe Jade Arwood, 6, and her cousin James Levi Caldwell, 7, were found at the bottom of a 24-foot-deep pit on Monday morning, more than 12 hours after a wall of the pit collapsed on them behind a family member's home, authorities said.

The children apparently were trying to retrieve a small "child-like pickaxe" at the bottom of the sloped pit when the dirt wall collapsed on them before 6 p.m. Sunday, Lincoln County Sheriff David Carpenter said.

The boy's father had been working on the pit with a backhoe that afternoon, Carpenter said. It was unclear whether he was operating the equipment when the wall collapsed in rural Lincoln County, about 20 miles northwest of Charlotte.

Rescue workers spent hours trying to save the children by hand, careful not to cause more disturbance.

Several thousand pounds of dirt had been on top of the cousins, Carpenter said.

"There are times when calls like this happen when we are not able to make a difference because it is outside of our realm," Dion Burleson, a spokesman for Lincoln County Emergency Management, said. "It is devastating not only to the family but to all the responders out here."

One body was found around 6 a.m. and the other was recovered about an hour later, authorities said.

'God will take care of them'

Carpenter said investigators weren't immediately sure what was being built behind the home.

Neighbors told CNN affiliate WCNC that the pit was a basement that was under construction.

A relative called 911 after seeing the collapse -- and an army of rescue workers massed at the mouth of the deep pit.

"It was a long process, but when you're dealing with that much weight on a child, you do not put heavy machinery in there on top of them to try to get them out. You have to take them out by hand," Burleson said.

Family members of the children, some of them kids themselves, stood nearby during the rescue effort as neighbors tried to console them.

"They kept saying: 'They have been down there too long without air,'" neighbor Cybil Johnson told WCNC. "That is what the little kids were saying up here. I told them, 'God will take care of them.'"

The effort proved daunting for the 75 workers.

A structural engineer was rushed to the scene to try to devise a way for searchers to look for the children without causing the deep pit to cave in and adding to the casualty count.

By late Sunday night, authorities had brought in heavy equipment to help stabilize the pit.

Crews then began the grim task of recovering the bodies.